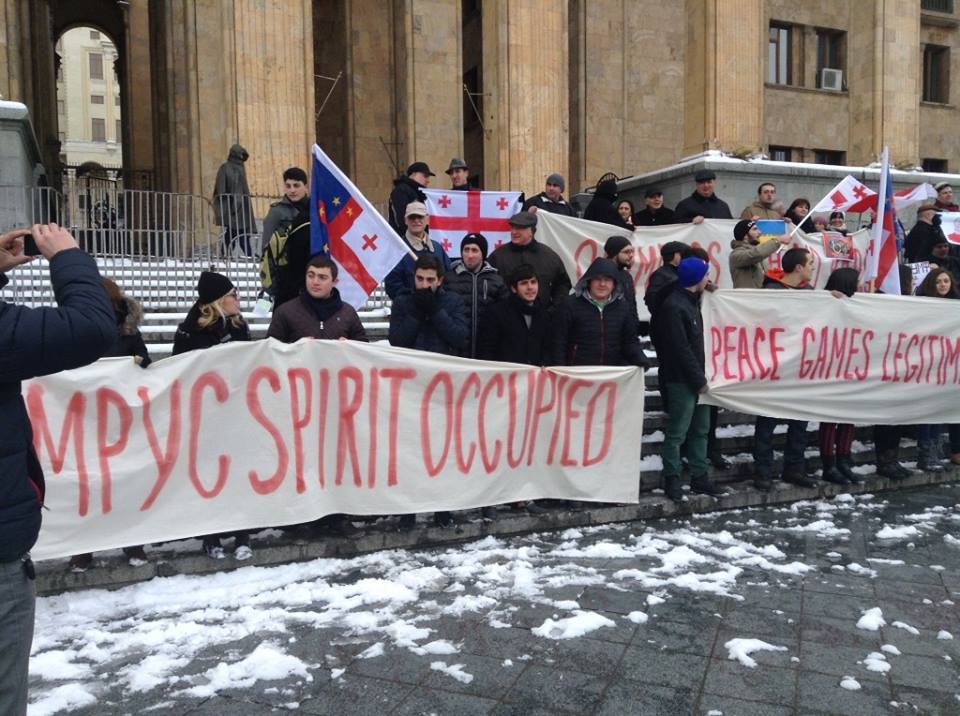 NO to Sochi Olympic Games

On February 1 ,  2014  my  organization “League of Young Diplomats”  supported  the “Movement for Independence and Euro-integration” and   protested  Sochi Olympics Games  in  Georgia. We think , that  Georgia and the world  should be say no to Sochi  Olympic Games , because Russia is the Empire  which  continues to shed innocent blood elsewhere. Today, 20 percent of the Georgian land  is   occupied  by the Russian  militaries, the historical parts of Georgia  : South Ossetia and Abkhazia .

We  appeal the world that  will  make boycott to Sochi Olympic Games , because  Russian is an occupant  and continues aggression, we condemn  the aggressions  in any situation. Hence, we call for the world and political leaders :

- Do not accept profanation of Olympic spirit!

- Do not strengthen an aggressor!

- Do not forget Georgia and Ukraine!