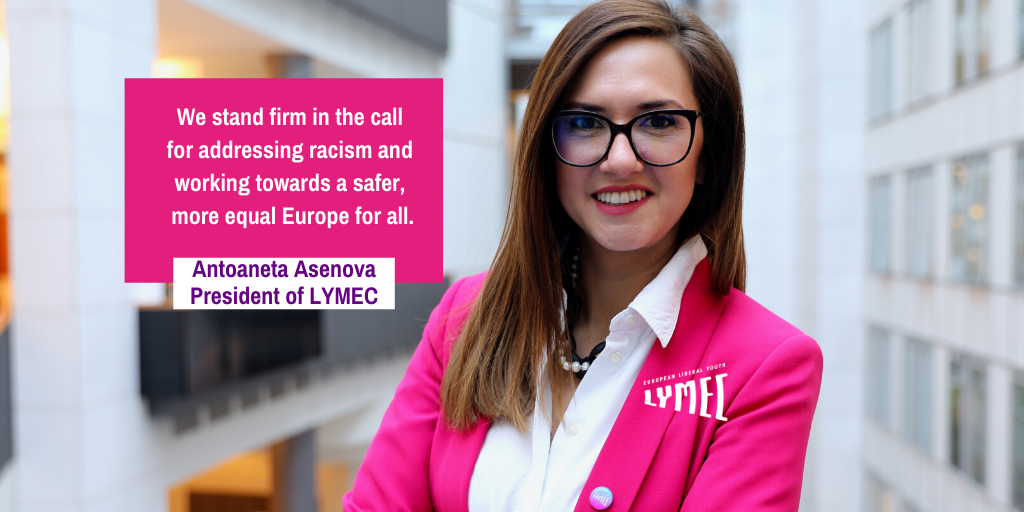 In the week following the death of George Floyd in the US, the grief, anger, but also solidarity – across the US as well as in Europe – has been tremendous. As focus is drawn towards the injustices in the US, we also cannot ignore the shortcomings in our home, with Adama Traore, Oury Jalloh among the prolific cases in Europe.

It is a troubling reality that racism based on the color of a person’s skin remains a dire issue throughout the European Union. Despite that people of ethnic descent are an integral part of the social fabric of the EU member states, many still experience fundamental rights violations – spanning from discrimination, hate crime, racial profiling to social exclusion.

As pointed out in the European Union Agency for Fundamental Rights’ Second European Union Minorities and Discrimination Survey “Being Black in the EU” (EU-MIDIS II ) – almost twenty years after the adoption of EU legislation forbidding discrimination, prejudice and exclusion is regretably still deeply widespread. In its 2018 survey of almost 6,000 experiences, significant proportions of people of African descent admitted to have experienced racist harassment and racist violence – including at the hands of the police – in the 12 EU member states surveyed.

This situation cannot be tolerated in an EU founded on the values of respect for human dignity, freedom, democracy, equality, the rule of law and respect for human rights, including the rights of persons belonging to minorities. Nor can this be tolerated under our liberal values with a cornerstone of justice, liberty and equality.

Since 2000, the EU has enacted legislation to combat racial discrimination and racist crime for example with the provisions of the Racial Equality Directive (2000/43/EC), the Framework Decision on racism and xenophobia (2008/913/JHA), the Employment Equality Directive (2000/78/EC) and the Victims’ Rights Directive (2001/220/JHA), while the European Parliament has adopted a number of resolutions on fighting against racism, xenophobia and hate speech, with the first specific resolution on the Fundamental Rights of People of African Descent adopted in March 2019. However we need to step up the implementation and better act upon those provisions.

At the European Liberal Youth (LYMEC) we stand firm in the call for addressing racism and work toward a safer, more equal Europe for all. We encourage you to take action by:

●       Joining our upcoming diversity and inclusion online training “Hear me out, take me in!” with the Youth Department of the Council of Europe on 29 – 30 June 2020.

We extend our solidarity and plea for just treatment for all. And while we are humbled by the recent events in the US, we feel that in Europe it’s time to speak up too. To better listen and better understand. To educate those around us. To confront inequalities. To fight back hate. We find it absurd that the same issues have been protested against since the 1960-ies.

Time to step up for change!