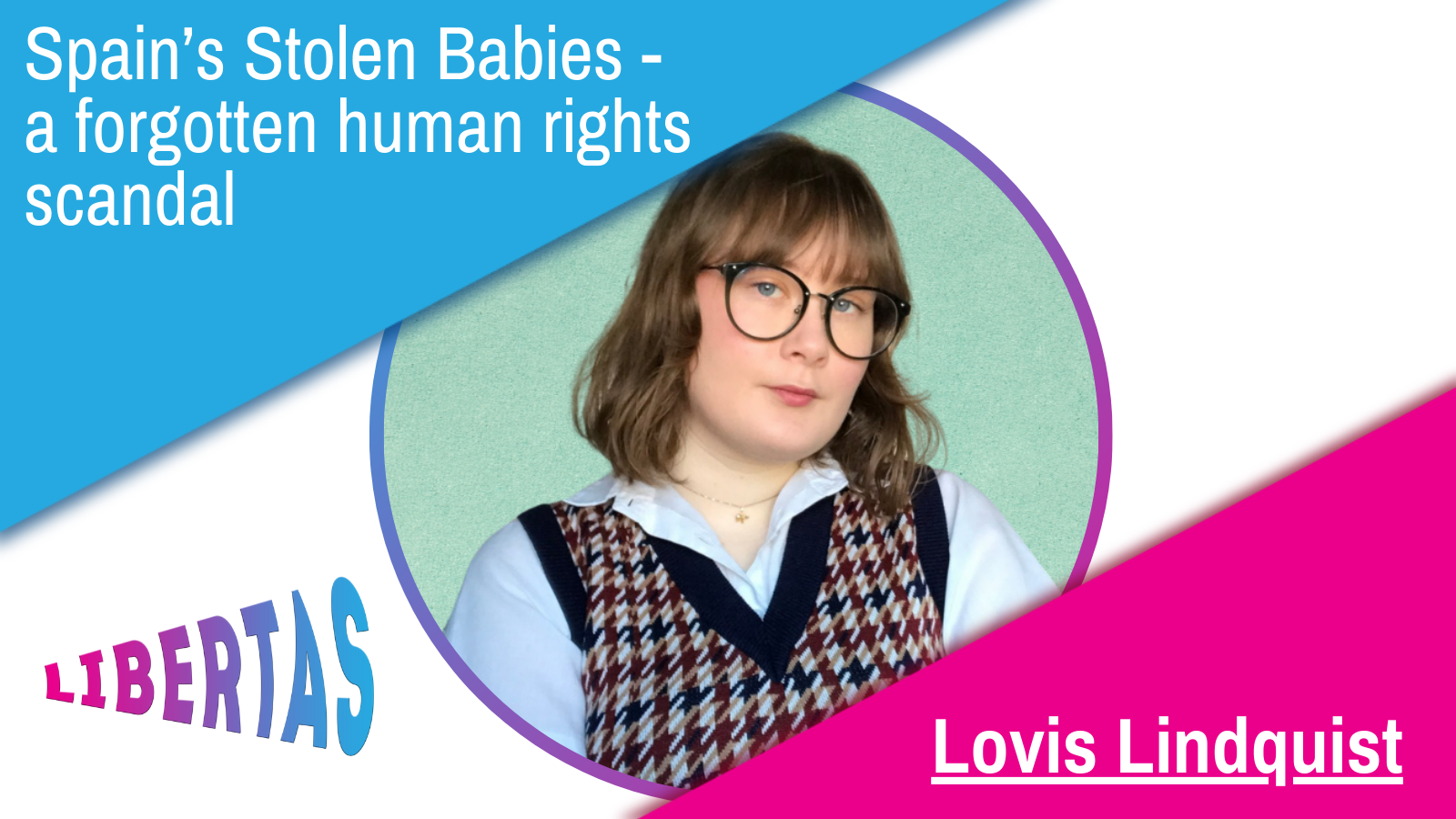 The parents of these stolen children were often republicans or single mothers that did not fit into the ideal picture of a mother according to the Franco regime which was also based on catholic and traditional values. In addition, the Catholic church in Spain and the regime had close ties. During the Franco regime women usually gave birth at the church’s institutions and as the church had tight grip on the Spanish society, women simply did not dare to stand up against the clergy. Some even claim that this practice continued until the 1990’s but these claims are hard to verify.

Despite the low interest of the stolen babies in the media outside of Spain, the news did gain some attention in the European Parliament. In 2015 a group of MEPs wrote a letter to Spain’s then permanent representative to the European Union, Alfonso María Dastis, accusing the Spanish state, meaning the former Franco regime,  for crimes against humanity (1). Individuals have also reached out to the European Union (EU) for justice. For instance, a mother from the UK that gave birth in Spain in 1992 claims that her child has been stolen and has pleaded to the European Parliament that they speed up her case (2). This incident demonstrates that the issue of the stolen babies is not a national matter of Spain. However, the EU has not given more attention to the scandal. In my opinion, that is intolerable. The babies were stolen before Spain joined the EU but the victims are dealing with it right now and as the EU stands behind human rights the EU is arguably obligated to deal with it.

The fact that Spain is still dealing with francoism has made dealing with this scandal a very difficult issue to deal with within Spain. According to the historian Francisco Gonzaléz, criticising the Franco regime is to some extent taboo and this makes it hard to deal with allegations of stolen babies. He further adds that few lawyers are willing to take on cases that deal with these allegations as a consequence of this (3). However, some things have been done to try to compensate the victims. In 2017 it was decided that a DNA-database was to be created which would make it easier for relatives to find each other. The DNA-testing would be free of charge for the victims. This might seem like a small step in the right direction but regarding the fact that the parties in the Spanish parliament are divided on this issue this decision is quite remarkable (4). Additionally, in 2018 the parliament passed a law that would recognise the crimes of the Spanish state and give the victims some type of compensation that would be investigated (5).

Considering the seriousness of what happened in Spain it is strange that it has not gotten more attention from both the news and the EU, especially as not just Spanish citizens are affected and that Europe as a whole does not deal with the aftermath of the Franco regime. In addition, similar cases, such as the treatment and lack of justice for political prisoners in Argentina and Chile under similar dictatorships have gotten more attention in Europe than Franco’s stolen babies. That is why we liberals need to continue talking about these events and denounce the terrible human rights violations of the past.

The question remains: What can the EU do? The first thing the EU should do is to recognise what has happened and start coming up with a plan on how they could serve justice to the victims. Examples of this could include helping to fund projects such as the DNA-database or inform victims about their rights. The European Court of Human Rights (not a part of the EU) could also do their part by informing victims and taking on their cases as Spain seems reluctant to do so. Franco’s stolen babies is a scandal that deserves more attention from Europe. The victims can never get compensated enough and the least we can do is to recognise what has happened.

Lovis Lindquist (SE) has been an active member of the Liberal Youth of Sweden (LUF) since 2018, where she also writes for their magazine. She is currently doing the Bachelor’s Programme in Peace and Development studies at Uppsala University. Her main interests are issues that relate to foreign affairs in some way, everything from energy security to trade agreements.