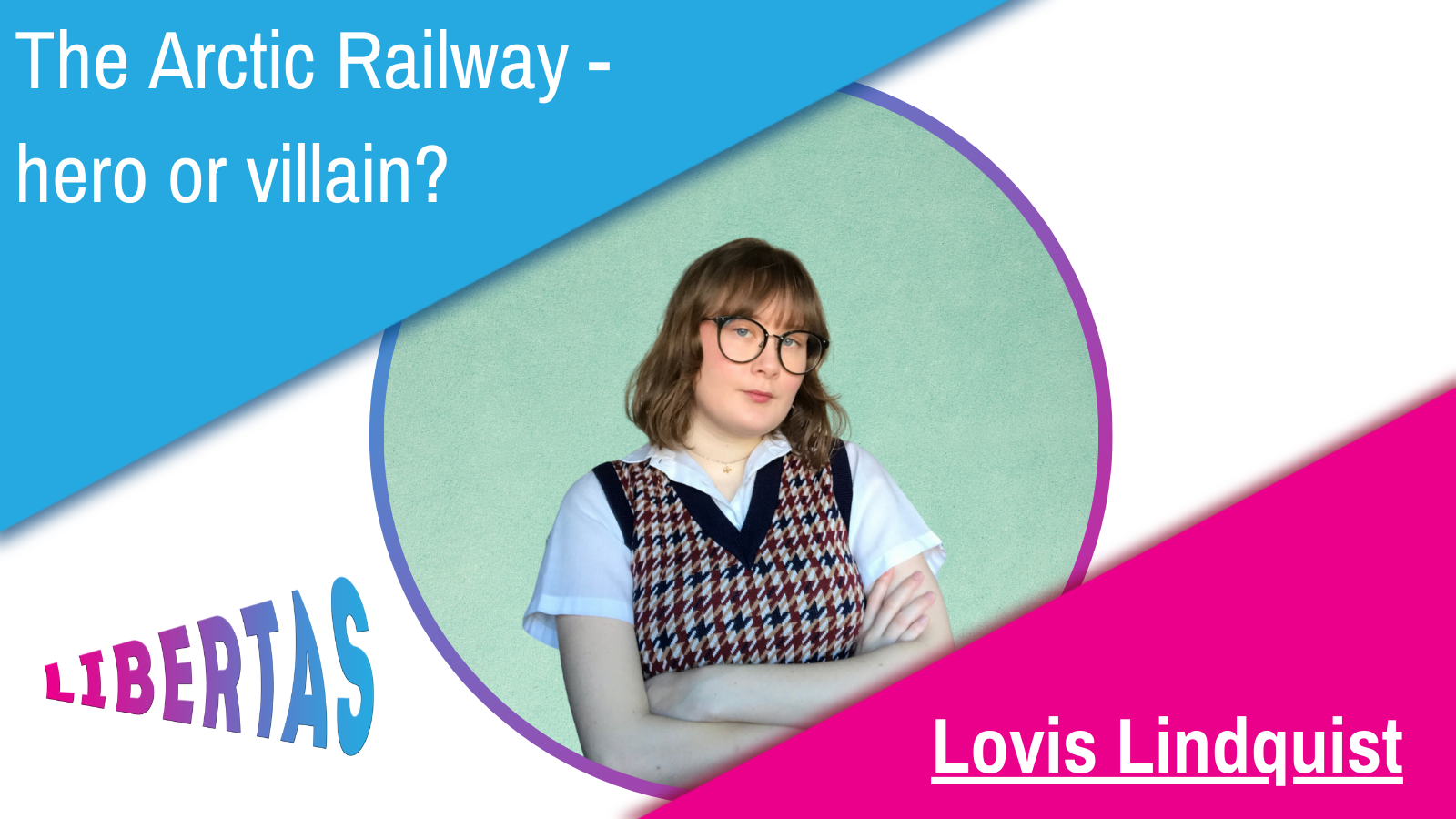 The Arctic Railway – hero or villain?

Ever since the first Arctic expeditions during the 16th century, humanity has been somewhat obsessed with this vast, cold region. We’ve raced for the North Pole, conducted scientific studies and even transported weapons through the region[1]. However, one of the most important things to keep in mind when it comes to understanding the Arctic is the importance of the Northeast Passage, a trade route which allows you to travel from Asia to Europe without using the Suez Canal. The Northeast Passage has always been a hot topic but now it may be hotter than ever. The fact that the ice is melting makes the Northeast passage more accessible, with both positive and negative implications. The consequences of this affects all parts of life, not just the suffering of polar bears of which we hear a lot about. A project which highlights what these issues are and the difficulty of solving them is the Arctic Railway.

The Arctic Railway, sometimes also referred to as the Arctic Ocean Railway, is a Finnish-Norwegian project which aims to connect Finland to the Arctic Ocean and thus also the Northeast Passage. The railway, which is supposed to go between Rovaniemi and Kirkenes, would also connect the rest of Europe to the Northeast Passage via the Helsinki-Tallinn tunnel (which is not yet built) and Rail Baltica. Besides connecting northern Finland to the global trade network, the Arctic Railway is also supposed to contribute to economic growth in the region, namely by creating new jobs and attracting tourists[2]. However, in 2019 the project was paused due to concerns over profitability. The project also received a lot of criticism from the Sami community since the planned railway would go through areas used for reindeer herding[3].

Despite the drawbacks, it seems like the Arctic Railway could eventually become a reality in the future. Peter Vesterbacka, one of the people behind Angry Birds and a multi-millionaire, claims that the Arctic Railway, in fact, has economic potential and has therefore picked up this project by himself. He intends to build it with the help of private investors from the EU and China despite receiving similar criticism as the state did[4]. Only time will tell whether the Arctic Railway will be built or not but the mere existence of the project highlights the challenges of sustainable development in a quickly changing region which urgently need to be addressed.

The questions whether the Arctic Railway should exist or not and how it should be built are especially tricky from a liberal point of view. Most liberals see economic growth and private investments, at least to some extent, as something positive, but liberal ideology also values human rights, including minority rights.The Arctic Railway project clearly puts these two against each other and forces us to choose. It makes us question whether sustainable development is even possible. Is it more important to bring tourism and much needed economic growth to northern Finland and connect the region to the global market or protect the Sami way of living, which is already threatened today? The question becomes even harder when taking into account that people are fleeing rural areas[5] and that Finland's economic competitiveness has been decreasing. Finland’s economic competitiveness is currently at the same level as that of Portugal and Greece[6]. The situation is not just bad, it could even get worse. It is at least possible that a realisation of the Arctic Railway project could bring economic growth, increase the competitiveness and avoid brain drain in not just the northern parts of the country, but all of Finland.

However, the question of how to protect minority rights remains. Vesterbacka says that he has consulted with the Sami population and that it is important to listen to their perspective. He says that one could build tunnels or similar infrastructure in order to avoid reindeer crossing the railway and potentially getting run over. However, we do not know which individuals he actually has talked to, if any. Local Sami representatives claim that Vesterbacka hasn’t talked with them and Vesterbacka doesn't want to say which ones he has talked to[7]. The project is just in its planning phase but these facts raise the question of whether Vesterbacka actually cares about minority rights or if it’s just a facade, which is worrying if he actually goes through with the project. Can he be trusted?

However, the Arctic Railway might prove to benefit more people that it disadvantages. It would most likely be negative for parts of the Sami population but, as mentioned, it could also be great for the Finnish economy which large parts of the population would benefit from. Should one see it from a more utilitarianist perspective and strive for the greater good, even if minorities would get hurt from it? Or should one protect minority rights and possibly stop the Finnish economy from growing? Is there even a right answer to this question?

To conclude, the Arctic has always fascinated people and now when the ice is melting it is a hotter topic than ever before. The Arctic Railway is only one example of how difficult it is with sustainable development, especially in regions that are changing quickly. The question on whether to prioritise minority rights or economic growth has no clear answer and there is often hard to see a solution that would take both into account. As a true liberal, I am extremely split in this question.  I can only hope that Vesterbacka is right when he says that the proposed tunnels work because I think we must protect minority rights but it is also evident that Finland needs this economic boost.

Lovis Lindquist (SE) has been an active member of the Liberal Youth of Sweden (LUF) since 2018, where she also writes for their magazine. She is currently doing the Bachelor’s Programme in Peace and Development studies at Uppsala University. Her main interests are issues that relate to foreign affairs in some way, everything from energy security to trade agreements.