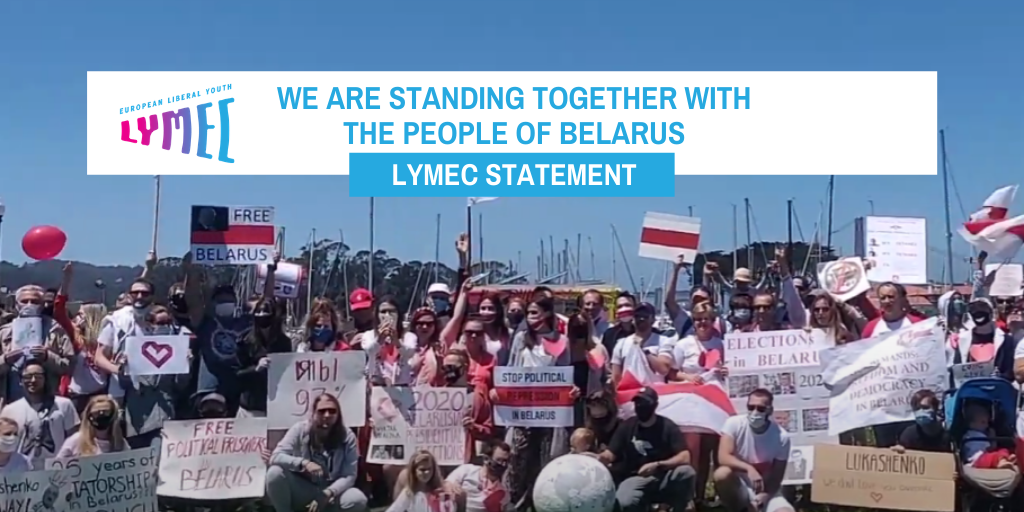 To the people of Belarus,

As liberal youth organisations from all across Europe we stand with you, the people of Belarus, as you fight for your political rights, freedom of speech, freedom of assembly, and freedom of the press in the face of a political behavior that plagued the country for far too many years.

On the 9th of August, your democratic aspirations were stolen by the ever in power dictator Aleksandr Lukashenko. We call for the recounting of votes in a transparent and honest manner, we urge the sitting regime, led by Mr. Lukashenko to respect the journalists and the right of the citizens to express their beliefs and concerns. We encourage a thorough investigation of the numerous incarcerations following the political unrest, as well as the concerns of violations of basic rights and freedoms of the detainees.

The violence that followed the presidential elections in Belarus reveals a regime that is afraid of democracy and the power of vote. Its ways of silencing the opposition and the independent press are no longer accepted by the people of Belarus.

The streets of Minsk, Gomel, Grodno and other major cities are full of protesters, everyone demands the regime’s brutality to end. The entire world looks upon you and supports your honest cause.

We call on the EU to elaborate, as of today, a list of Belarusian officials linked with the repressions, in order to impose sanctions, including a travel ban to the EU and a freeze of their assets in the EU, until free and fair elections take place.

To the young people of Belarus, we send a message of solidarity. We stand alongside you. You have the right to choose the kind of society you want to live in. And in this digital era, where we are always connected, we shall not forget that what truly binds us is our commitment to European values.